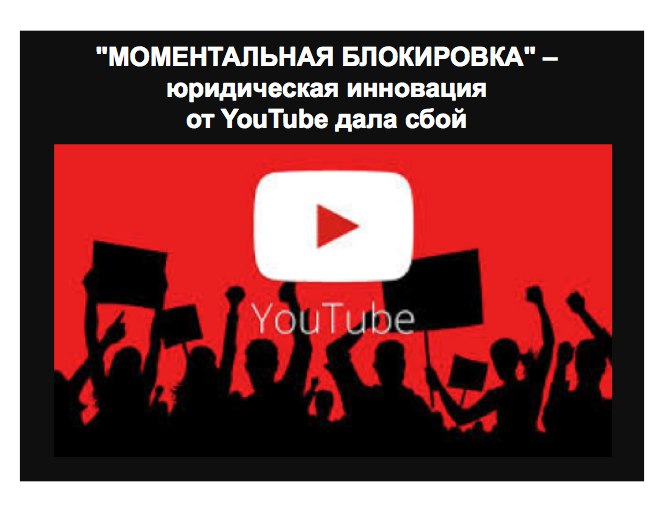 DOOMED political lead podcast Matt Binder said that on January 14, 2020, before the Democratic debate in Lowa on CNN, he planned a live broadcast on YouTube to discuss the event with activist Jordan Ul after the TV broadcast was completed.

The show was called “post-democratic debate,” and Ulya’s name was listed right in the headline of the planned broadcast. It was supposed to be a webcam broadcast with the participation of the guest and the host. However, after the author planned the video in the stream, he received a letter from YouTube: “[Copyright disclaimer] Your video has been removed from YouTube” - without trial, decisions of state authorities and the investigation - solely on the basis of “innovative automatic YouTube’s legal algorithm. ”

According to the notice, a man named Michael Bentkover wrote a copyright complaint on behalf of Warner Bros. Entertainment, which owns CNN.

As a result, Binder was not able to broadcast his show that evening on YouTube.

Catherine Trendacosta, head of the Electronic Frontier Policy and Activism Foundation, notes that “you must legally sign something that says that you viewed the content and that material that belongs to you was found,” and “if there is no material, this is impossible ".

To challenge copyright infringement, YouTube allows users to file a counterclaim, giving the applicant 10 days to respond. However, Binder's first claim was actually rejected. The hosting said that it was unclear whether he had a good reason for filing a counter claim. Then he threatened YouTube that he would tell the story to the general public. As a result, the service deleted its notice of copyright infringement and restored the possibility of live broadcasting on the channel.

Trendacosta notes that in fact, digital copyright law is used by corporations for abuse, since most ordinary video creators are easier to retreat than to sue giants.

Recall that we are talking about the USA DMCA (Digital Millenium Copyright Act) Act of 1998, which obeys all the key operators of Internet services (Google, Youtube, Apple, Facebook, LinkedIn, Instagram, etc.).

The main problem of protection of rights (according to this DMCA-law) is the presence of copyright certificate (Copyright Cetificate), which must fulfill two mandatory conditions:

- the date of issue of the certificate (and, accordingly, registration of the copyright object) must be before the start of disputes regarding digital intellectual property (sites, videos, mobile applications, etc.);

- The certificate must be issued in full accordance with the requirements of the Berne Convention for the Protection of Literary and Artistic Works.

If you want to protect your digital content from such legal “grief-innovations” - then be aware that in the CIS and the Middle East, such copyright registration is possible through the regional offices of the European registrar INTEROCO Copyright Office (Germany) through the site www.interoco- copyright.com, which works in full compliance with the Berne Convention.